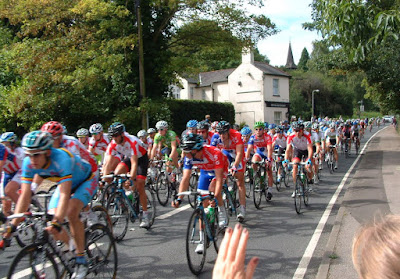 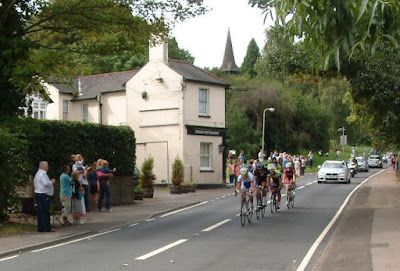 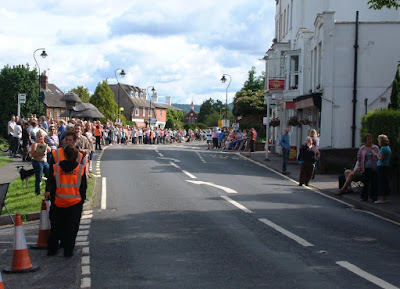 I thought I was immune, but today I felt the first tiny shivers of Olympic Fever. I've been grumbling for the past month about the planned shut-down of our Surrey village for a test run of the London-Surrey Cycle Classic. Well, sure enough, the roads closed early this morning. I grumbled again about having to find alternative parking space and not being able to leave until the afternoon, then headed out to the village green to see what all the fuss was about.
By ten o-clock it seemed that the whole village was there, chatting, taking pics, drinking tea(!) and there was a kind of buzz in the air. This might actually be fun, I thought. Twitter announced that the race was on its way and the first support vehicles were greeted with enthusiastic cheers and waves. It was a small taster of the hysteria that was to come. Every police outrider then received similar cheers, whoops and raised thumbs, until the arrival of the first actual cyclists, when all hell broke loose.
By the time the main pack whizzed through, we were all hysterical! It was totally awesome! I can't wait for next summer now.