Jumping at my desk about Ember 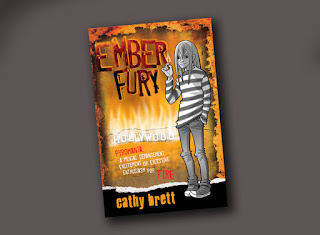 It seems my first ever book is still being discovered and enjoyed by new readers. This makes me very happy indeed, as you can probably imagine.
This week I was sent a 'Book Report' by a chap called Dexter (aged 9 and 3/4) and was delighted to see that he had chosen to write about Ember Fury. Turns out Dexter is a pretty good author himself. The report was really well written and I was pleased to hear that all my favourite bits of Ember Fury are Dexter's too. Instead of focussing on Ember's attention-seeking fire-starting or the crazy desert car chase with Finn, Dexter chose the scene where Em gave the chauffeur the slip and ended up in the comic book store as his fave (which was, incidentally, the best scene to write). 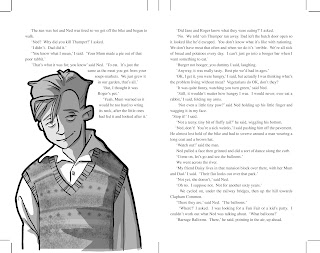 His favourite character was Ned, whom I ADORE too, almost more than Ember (shhh, don't tell her!). Dexter also liked my drawings and said they were 'amazing' which made me jump up and down at my desk (Dangerous as I'd just made a hot mug of tea)! He even gave my book 5 stars! Look! 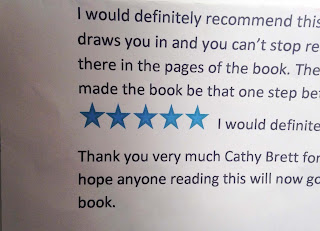 Thank you Dexter. You have made my day!