Hello, I'm back!
This post is part apology, part catch-up, part celebration and (later) an exclusive reveal! First the apology: sorry that Cathy Brett the Writer/Illustrator has been away so long while I was Cathy Brett the Self-builder. It's been all plumbers and roof tiles when you probably came here looking for cool books and funny illustrations. Well, fear not. My studio is finished, I've moved in, unpacked my pencil case and you'll find nothing but words and pics here from now on! Hurrah!
The catch-up bit: I've had two really big projects on my desk during the last 12 months. One was the studio and 'the other one' has just been published! Woohoo! 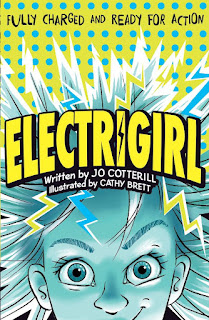 Two years ago, Jo Cotterill approached me with a project she'd been thinking about - a middle-grade-girl-superhero-comic-novel-hybrid. It's not quite a novel and it's not quite a comic but it's sort of both, she said. Would I be interested, she asked, in developing the idea with her? I said yes and last week the result, ELECTRIGIRL, hit the bookshops.
Jo and I have been blogging and Tweeting and getting interviewed about the process all over the place. Click below for a selection:
Jo on Oxford TV
MiddleGradeStrikesBack
Library Mice
Alphabet Soup
The Book Bag
Sue & Pakka
Serendipity Reviews
Hive
I can't tell tell you how thrilled I am that ELECTRIGIRL is off to such a storming start. Those two years of hard work were entirely worth it.
I'd also like to share something a bit exciting and totally exclusive with you. There is a sequel! It's called ELECTRIGIRL and the DEADLY SWARM and it's out in August. Jo has finished writing it and I am in the middle of creating the comic sections, so I thought I'd invite you in to my new studio to take a look at my desk... 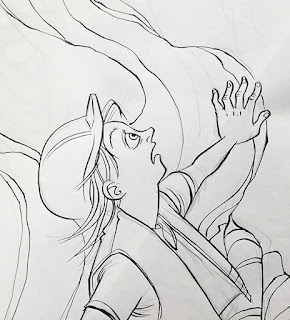 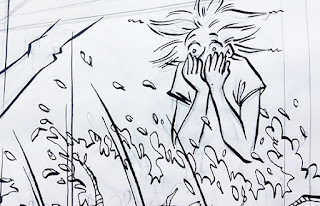 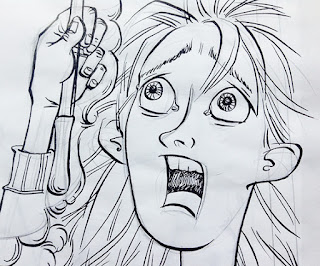 ELECTRIGIRL - Not Just For Boys!!