Great excitement at the site this week. I raked up a 'bomb'. Well, something that was suspiciously bomb-like and therefore quite alarming.
I was tackling the dust bowl left by the weekend's excavation. Work on site will take a summer break before the proper build begins in September, so I was making the garden more summer-friendly by clearing stones and reseeding the lawn. I'd just begun raking when an object I thought was a root flipped over on the soil. I was about to yank it out and throw it in to the wheelbarrow with all the other roots until something made me paused. I had a bad feeling.
A root is not metallic. A root does not bulge in the middle. A root doesn't have a perfectly smooth collar at one end. A root doesn't rust.
The bad feeling grew.
Better to be safe than sorry, I thought.
I called the police... 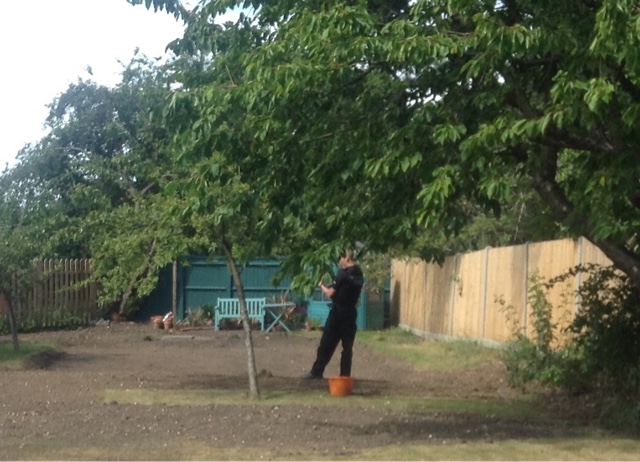 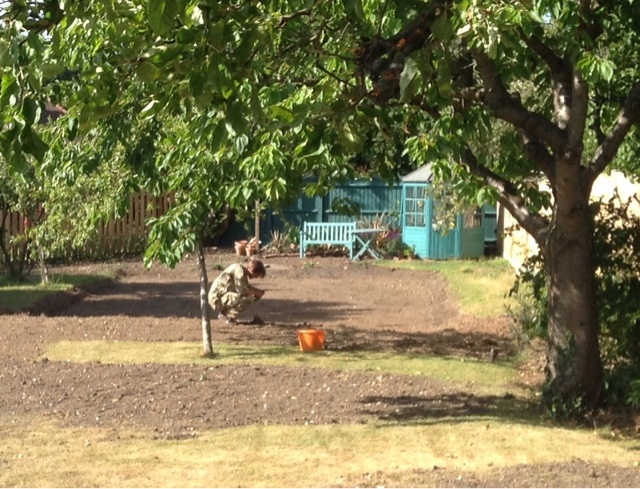 ...who arrived (blue lights and sirens all the way from Aldershot) and took a look. They didn't know what it was either. After picking it up (carefully), peering at it, x-raying it and finally cleaning it up with a wire brush... 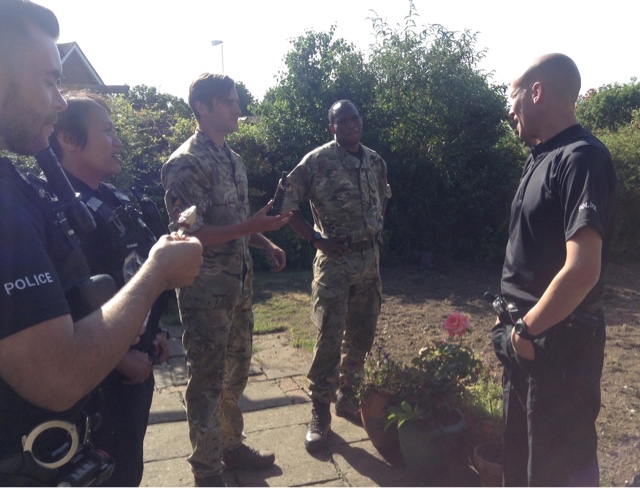 ... It was decided that it WASN'T a bomb or a mortar or even a cocktail shaker. It was probably part of an electric motor. 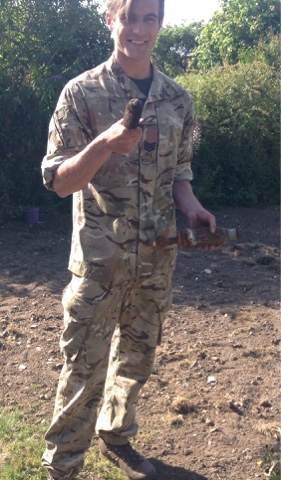 Better to be safe than sorry, they said.
The cops were really disappointed. They were hoping for a controlled explosion!