I had no internet connection for most of yesterday. I had planned to write this blog and post pictures of my weekend in Hay-on-Wye and check in on Twitter and Facebook and chat with all my mates. Then I saw that nasty orange light on the router, instead of the reassuring green one, and my world fell apart. I know you think I'm exaggerating but really, I'm not. I just hadn't realised quite how much I rely on my broadband internet connection to keep me sane. Even in Hay-on-Wye at the Festival - which is in the middle of nowhere and where mobile phones are pretty much useless - at least they had Wi-Fi. Back home in Surrey, a hop and a skip from London, spending a few hours without the internet I might as well have been paddling a boat up the Amazon. Solo.
Like many authors and illustrators, I have lots of online friends, people I 'talk' to every day but have never met in the flesh. So, last weekend at the Hay Festival was a rare opportunity to finally do that. I particularly wanted to meet author and brilliant illustrator Sarah McIntyre. We had been scheduled to do an event together last year at Hay but I had to pull out when I was ill. So, when I bumped in to Sarah in the Festival Green Room on Saturday afternoon I was thrilled, especially as she was wearing one of her fabulous costumes.
I did my event in The Cube (rambling on about pictures in YA) then nipped over to the Festival Bookshop to chat with teenagers and sign copies of 'Everything Is Fine (And Other Lies I Tell Myself), and found two more of my online 'friends' signing their new books too. However, multi-award winners Matt Haig and Patrick Ness had queues right out the door. Jealous? Moi?
I spent the rest of the evening star spotting - Louise Rennison, Jay Rayner, Robert Lindsey, Jeremy Irons, Sinead Cusack and a whole host of assorted telly stars I couldn't quite put a name to.
My visit was far too short (5 hours there and 7 hours back for a 60 minute event!) but I'm so glad I went, especially as the most interesting person I met (apart from Sarah, of course) was a friendly Engineering Professor from Cambridge, Tim Minshall, whom I sat next to in the car from the station. We seemed to have a shared passion for technology, teaching creativity in schools, 3-D printers and prosthetic limbs (or he very politely pretended that he did!). He was a delight and I am now following him on Twitter, naturally! 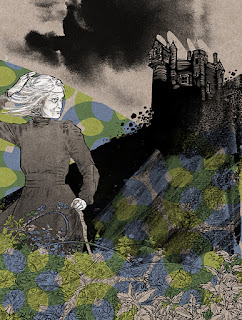